Buy now to get the best prices with fast delivery on all . A LED security PIR floodlight with digital camera , that tracks movement whilst recording to video. 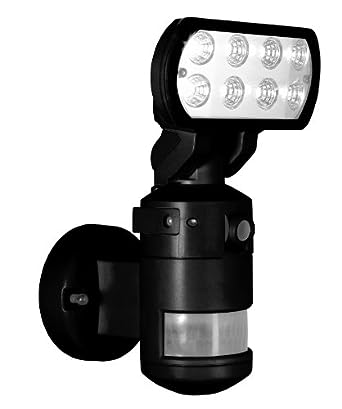